A fully imagined faery world that even non-fantasy (or faerie) lovers will want to delve into.” (Publishers Weekly starred review)

"Melissa Marr adds elegantly to the sub-genre of Urban Faery with this enticing, well-researched fantasy for teens." (Washington Post)

“Many fantasy readers will find themselves happily at home here. (Bulletin of the Center for Children’s Books )

"The unusual combination of past legends and modern-day life gives a unique twist to this "fairy"
tale." (School Library Journal)

Unbeknownst to mortals, a power struggle is unfolding in a world of shadows and danger. After centuries of stability, the balance among the Faery Courts has altered, and Irial, ruler of the Dark Court, is battling to hold his rebellious and newly vulnerable fey together. If he fails, bloodshed and brutality will follow.

Seventeen-year-old Leslie knows nothing of faeries or their intrigues. When she is attracted to an eerily beautiful tattoo of eyes and wings, all she knows is that she has to have it, convinced it is a tangible symbol of changes she desperately craves for her own life.

The tattoo does bring changes, but not the kind Leslie has dreamed of, but sinister, compelling changes that are more than symbolic. Those changes will bind Leslie and Irial together, drawing Leslie deeper and deeper into the faery world, unable to resist its allures, and helpless to withstand its perils 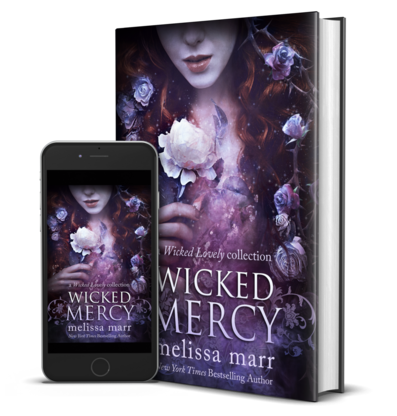 Half-human and half-faery, Ani is driven by her hungers.

Those same appetites also attract powerful enemies and uncertain allies, including Devlin. He was created as an assassin and is brother to the faeries' coolly logical High Queen and to her chaotic twin, the embodiment of War. Devlin wants to keep Ani safe from his sisters, knowing that if he fails, he will be the instrument of Ani's death.

Ani isn't one to be guarded while others fight battles for her, though. She has the courage to protect herself and the ability to alter Devlin's plans—and his life. The two are drawn together, each with reason to fear the other and to fear for one another. But as they grow closer, a larger threat imperils the whole of Faerie. Will saving the faery realm mean losing each other?

Seth never expected he would want to settle down with anyone - but that was before Aislinn. She is everything he'd ever dreamed of, and he wants to be with her forever. Forever takes on new meaning, though, when your girlfriend is an immortal faery queen.

Aislinn never expected to rule the very creatures who'd always terrified her - but that was before Keenan. He stole her mortality to make her a monarch, and now she faces challenges and enticements beyond any she'd ever imagined.


In Melissa Marr's third mesmerizing tale of Faerie, Seth and Aislinn struggle to stay true to themselves and each other in a milieu of shadowy rules and shifting allegiances, where old friends become new enemies and one wrong move could plunge the Earth into chaos

When the bestselling WICKED LOVELY series ended, the Faery Courts were in order. In the years following, peace was still tenuous, but every court seemed devoted to balance.

Katherine has spent her life aware that her bloodlines are only half-mortal. When one of the creatures she's been hiding from discovers her in the desert, she expects danger—instead, she feels fascinated by Uri in a way she never dreamed possible.

But the appearance of Urian—son of the former Dark King—has brought the Faery Courts into conflict.

Soon, the new lovers are drawn into fights and flights as secrets are revealed. Neither family ties nor accidental love can keep the balance between the courts now that the Dark Sun has returned. 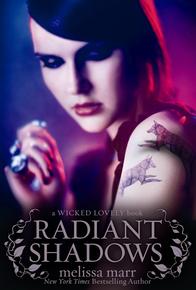 Send the messengers for the Faery Courts. This is the end.

The Summer King is missing; the Dark Court is bleeding; and a stranger walks the streets of Huntsdale, his presence signifying the deaths of powerful fey.

Aislinn tends to the Summer Court, searching for her absent king and yearning for Seth. Torn between his new queen and his old love, Keenan works from afar to strengthen his court against the coming war. Donia longs for fiery passion even as she coolly readies the Winter Court for battle. And Seth, sworn brother of the Dark King and heir to the High Queen, is about to make a mistake that could cost his life.

Love, despair, and betrayal ignite the Faery Courts, and in the final conflict, some will win...and some will lose everything.

Wicked Mercy is a collection of previously published stories set before and after Wicked Lovely . . . including "Winter Dreams" (when Moira Foy was chosen),"Love Hurts" (Niall, Irial, & Leslie), and "Summer Bound" (set after Darkest Mercy).

"The Summer King rarely missed his Mother’s court. Keenan had been born as the child of Summer and Winter. He chose sunlight, that was the secret no one seemed to realize: He could have chosen ice.

Sometimes he thought he could have been happier in the Winter Court, but he had a duty to the leaderless Summer Court. Summer had needed him, and Keenan wanted to matter."


NOTE: There is a LIMITED EDITION (numbered & signed & has extra content) that is available for sale ONLY THROUGH ME.

​The regular edition will be available through the usual channels!

NOTE: This one is a Wicked Lovely ADULT book. Go HERE for an excerpt & reviews.​

How far would you go to escape fate?

In this prequel to the international bestselling WICKED LOVELY series (over a million copies sold), the Faery Courts collide a century before the mortals in Wicked Lovely are born.

Thelma Foy, a jeweler with the Second Sight in iron-bedecked 1890s New Orleans, wasn’t expecting to be caught in a faery conflict. Tam can see through the glamours faeries wear to hide themselves from mortals, but if her secret were revealed, the fey would steal her eyes, her life, or her freedom. So, Tam doesn’t respond when they trail thorn-crusted fingertips through her hair at the French Market or when the Dark King sings along with her in the bayou.

But when the Dark King, Irial, rescues her, Tam must confront everything she thought she knew about faeries, men, and love.

Too soon, New Orleans is filling with faeries who are looking for her, and Irial is the only one who can keep her safe.

Unbeknownst to Tam, she is the prize in a centuries-old fight between Summer Court and Winter Court. To protect her, Irial must risk a war he can’t win--or surrender the first mortal woman he's loved.

Praise for the Series: 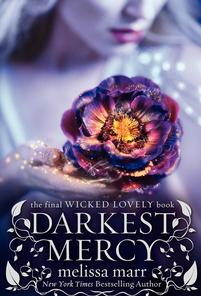 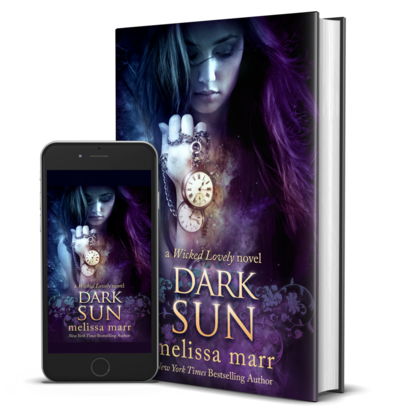 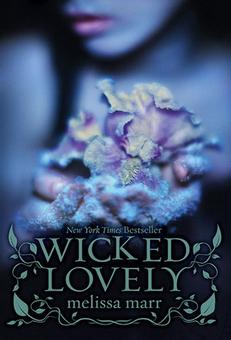 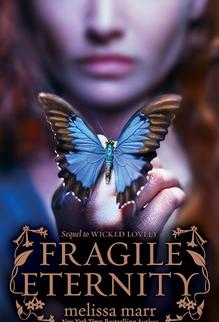 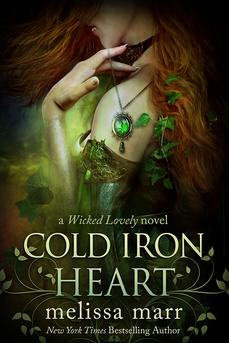 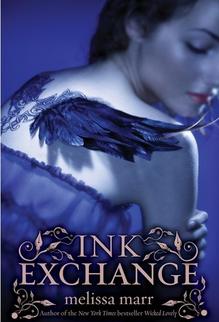 NOTE: This one is the first Wicked Lovely book, published as a YA novel. Go HERE for an excerpt.

Rule #3: Don't stare at invisible faeries.
Aislinn has always seen faeries. Powerful and dangerous, they walk hidden in the mortal world. Aislinn fears their cruelty - especially if they learn of her Sight - and wishes she were as blind to their presence as other teens.

Rule #2: Don't speak to invisible faeries.
Now faeries are stalking her. One of them, Keenan, who is equal parts terrifying and alluring, is trying to talk to her, asking questions Aislinn is afraid to answer.

Rule #1: Don't ever attract their attention.
But it's too late. Keenan is the Summer King, who has sought his queen for nine centuries. Without her, summer itself will perish. He is determined that Aislinn will become the Summer Queen at any cost — regardless of her plans or desires.

Suddenly none of the rules that have kept Aislinn safe are working anymore, and everything is on the line: her freedom; her best friend, Seth; her life; everything.