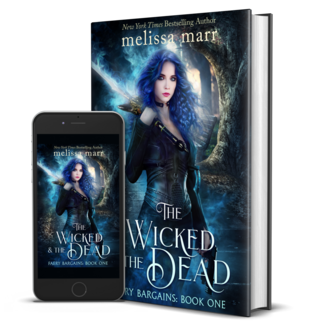 The novella from Hex on the Beach,

READ AN EXCERPT  of Daggers & Daiquiris 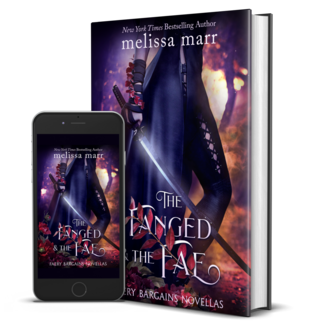 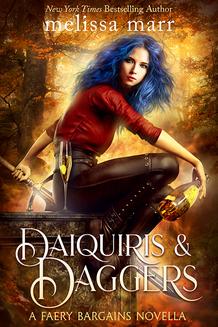 “I loved The Wicked and The Dead! A sassy, ass-kicking heroine, a deliciously mysterious fae hero, and a wonderful mix of action and romance. Add that to Melissa's usual great world-building, and I'm already looking forward to book 2!"
– Jeaniene Frost, NYT Bestselling Author

"Wow! You all seriously want to read this. It's an urban fantasy - very cool twist on vampires - with a heroine simultaneously so kickass, warmly human, and passionate about the world that I want to be her. I also want to be her because of the insanely hot Eli, her fae love interest. . . .Get in on the ground level with this series, because it's going to be an auto buy. Highly recommend."-- Jeffe Kennedy, award-winning author and SFWA Board Member​​​

"A hoot with a wide array of baddies, and a superb collection of paranormal female dynamos!" on the anthology

“Daiquiris & Daggers” is a novella in Melissa Marr’s “Faery Bargains” series featuring Geneviève “Gen” Crowe. Even though I hadn’t read the previous books in this series, I was able to follow along and find the story entertaining. I look forward to hunting down those other stories to devour. . . While there is some death and danger in “Daiquiris & Daggers”, this story was the most whimsical [in HEX ON THE BEACH]. The snappy dialogue adds a little humor to the story and added to my overall enjoyment. The story ends with a romantic hope for some supporting characters but that’s balanced with an ominous possible threat for the future.-- Fresh Fiction review of HEX ON THE BEACH

Girls Night Out has never been so much fun--but what are they going to do with all these bodies?

READ AN EXCERPT of Daggers & Daiquiris 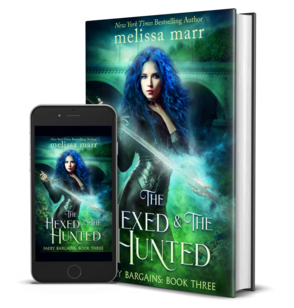 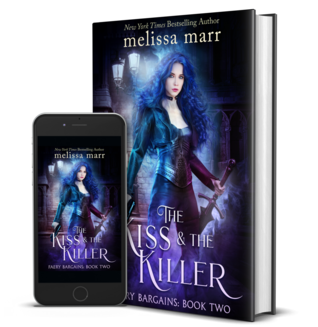 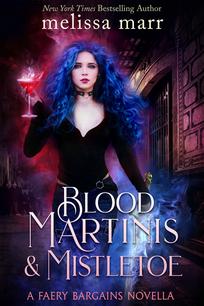 Half witch, half killer, wholly unpreparedly for a Faery Bargain...Geneviève Crowe makes her living beheading the dead in near-future New Orleans.

But now, her magic’s gone sideways, and the only person strong enough to help her is the one man who could tempt her to think about picket fences: Eli Stonecroft, a faery bar-owner in New Orleans.

When human businessmen start turning up as draugr, both the queen of the again-walkers and the wealthy son of one of the victims hire Geneviève to figure it out.  Neither her heart nor her life are safe now that she’s juggling a faery, murder, and magic.

READ AN EXCERPT of Wicked & Dead 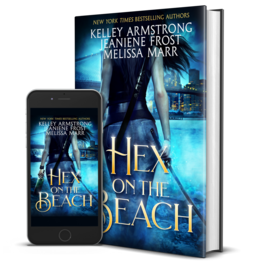 Half-dead witch Geneviève Crowe makes her living beheading the dead--and spends her free time trying not to get too attached to her business partner, Eli Stonecroft, a faery prince in self-imposed exile in New Orleans.

A walking-dead relative and a deadly but well-paying job make the holidays a lot more complicated than anyone needs.

With a killer at her throat and a blood martini in her hand, Geneviève accepts what seems like a straight-forward faery bargain. Eli's terms might make the holidays a little more bearable, but if she can't figure out a way to escape this faery bargain, she'll be planning a wedding soon.

READ AN EXCERPT of Blood Martinis

The next installment in a new faery and fanged world written by the author of the internationally bestselling Wicked Lovely series...for readers of Patricia Briggs, Chloe Neill, and Jeaniene Frost.

Half witch, half killer, wholly unsuccessful at every Faery Bargain so far...Geneviève Crowe makes her living beheading or resurrecting the dead in near-future New Orleans. After entering an accidental engagement, overcoming attempted murder, and discovering a family secret, Geneviève is ready for things to settle down, but carnival season in New Orleans is not the best time of year for "normal."

When Eli Stonecroft, the faery who has claimed her heart despite her best attempts, offers her a new faery bargain--she's smart enough to say no . . . right up to the point when she has to decide between dealing with the consequence of this faery bargain or facing the killer alone.

As the draugr mix with the locals and tourists, and bodies start to pile up, Geneviève is enlisted by the NOPD and hunting a killer amidst the swirl of parades of Carnival season.

READ AN EXCERPT of The Kiss & The Killer

The third novel in a new faery and fanged world written by the author of the internationally bestselling Wicked Lovely series...