Cursed by Death: A Graveminder Novel

Rebekkah Barrow never forgot the tender attention her grandmother, Maylene, bestowed upon the dead of Claysville. While growing up, Rebekkah watched as Maylene performed the same unusual ritual at every funeral: three sips from a small silver flask followed by the words, "Sleep well, and stay where I put you."

Now Maylene is gone and Bek must return to the hometown—and the man—she abandoned a decade ago, only to discover that Maylene's death was not natural . . . and there was good reason for her odd traditions. In Claysville, the worlds of the living and the dead are dangerously connected—and beneath the town lies a shadowy, lawless land ruled by the enigmatic Charles, aka Mr. D. From this dark place the deceased will return if their graves are not properly minded. And only the Graveminder, a Barrow woman, and the current Undertaker, Byron, can set things to right once the dead begin to walk. 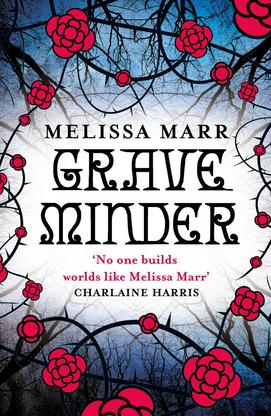 What People Have Said about GRAVEMINDER:

“If anyone can put the goth in Southern Gothic, it’s Melissa Marr.” —NPR.org

“Marr creates sympathetic characters, she takes readers to places both sinister and delightful, and there’s a satisfying end to a wonderfully awful villain. It’s a fast read, spooky enough to please but not too disturbing to read in bed.” —Washington Post

“Dark and dreamy. . . . Rod Serling would have loved Graveminder. . . Marr is not tapping into the latest horde of zombie novels, she’s created a new kind of undead creature. . . . A creatively creepy gothic tale for grown-ups.”—USA Today

“Melissa Marr has created a fabulous, richly-imagined world in Claysville and its attendant piece of the Underworld.” —Seattle Post-Intelligencer

“Plan ahead to read this one, because you won’t be able to put it down! Haunting, captivating, brilliant!” —Library Journal (starred review)

“Filled with ancient contracts, the walking dead, and fated love, this eerie tale draws you in and leaves you yearning for more.”—IndieNext List, July 2011

“An adult novel that Marr’s fans may enjoy. Graveminder is worthy of praise. . . . The main characters and it is easy to become involved in their struggles.” VOYA,  Top Fantasy of the Year

“Marr does a great job with the mythology of her new world, her prose is as seamless as ever, and if the events described above weren't enough, she slips in a half-dozen or so other subplots that only enrich the main storyline that much more.”-- The Magazine of Fantasy and Science Fiction.

READ AN EXCERPT of Cursed By Death

The dead don’t always stay dead in Claysville . . . and in the afterlife, Death himself can’t be trusted.

Amity Blue has begun to remember strange impossible events, her ex trying to bite her and people vanishing like mist.  Everyone in town swears a mountain lion is responsible for the recent deaths, but Amity is sure that there’s more to the story.

After a stalker—a dead stalker—appears at the bar where she works, Amity discovers that the dead don’t always stay dead in Claysville. Along with the current Graveminder, Rebekkah Barrow, Amity seeks out the enigmatic Mr D, who seems to be Death himself, only to discover that the centuries-old contract to protect Claysville has been broken.

Caught between life in a cursed town and Death himself, Amity and Rebekkah must find a way to put the dead where they belong—because if the Hungry Dead keep rising, everyone in town will be lost. 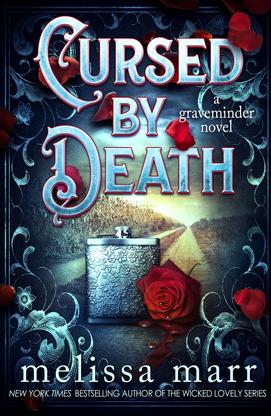