To save the magical creatures in the Land of Faery, Ivy--eldest daughter of the queen of Faery--must use her wits and her heart.  As the queen's madness grows, the land shifts in dangerous, hostile ways.

When Ivy rescued a baby from the Wild Hunt, she had no idea that he would change the world.  Since time passes differently in her world, the baby she once saved is a grown boy who can help her save her home. Now, Ivy brings him to Faery to enlist his help.

Jack Merry has no idea that the creatures in his stories are real. He just wants a friend, a family, someone who listens. His stories are the only way he can convince the villagers to stop and spend time at his side.  So, when Ivy arrives and whisks him off to a magical land, Jack isn't sure whether to be terrified or grateful that someone thinks he's special.

With the aid of the tiny faeries, a glaistig, and boy who can re-create the world almost as quickly as the queen breaks it, Ivy might save her home, her friends, and even her mother. 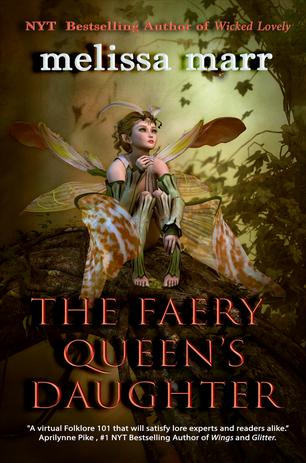 NOTE: You can buy the ebook edition of this at Amazon, B&N, Kobo  and assorted other places.

For convenience, you can also buy it directly from my site. Just click the "add to cart" button and both mobi & pub will be available as options.